Learning is a tricky thing. What happens when you have to unlearn things you were certain were true? Things you didn’t even realise you believed? If it feels like you’re pulling at something deeply rooted, remember that it’s only weeds because now you’re learning.

The scariest phrase in the English language, as it pertains to education, is: “Don’t ask questions”. In my humble opinion: education should teach one to think ie. First ask questions, then ask good questions then finally ask the right questions. If you’re not examining everything you’re neither engaging nor learning. You’re just regurgitating.

The millennial generation was an anthropological experiment of epic proportions. We were the first to interact (civilly) and integrate with white children. Phrases like “equal opportunity” were flying around. What would integration do to us, would we thrive? Would access to education fix everything? Level the playing field? Turns out education was the answer all along but people got more than you bargained for when they hypothesised the benefits of educating us.

So we all went to school together as a rainbow nation (a victory!). We learned (regurgitated) and heard uncomfortable things that didn’t ring true but had to be. Words that sounded like compliments but felt itchy “you speak so well!”, shaming under the guise of rules “we don’t speak that language here hoor? This is a proper school”, conditioning that what we had, inherently, wasn’t good enough “that hair is unruly/we don’t allow dreads here”. The pervasive questioning of the intellect and qualifications of the first black teacher to enter my school (babe had a Masters in Physics!) on the basis of her accent. We were no longer being whipped in the streets, we weren’t running for our lives but no doubt the battlefield had simply changed location: our psyche, spirits and identities. A game I’ll call: How Black Am I Allowed to be and Am I Allowed to be Black?

As part of the first cohort of integrated students, we witnessed (and were) many Firsts. First Black head of this and that. We were 16 and still being asked about our hair and whether we washed it at all (this was not a Brown vs The Board of education scenario: we’d been together our entire schooling careers). Like, how little stretching have you had to do that you’ve been in school with people with who don’t look you your whole life and it’s never once occurred to you to find out Sarah? I sat in meetings amending the school Code of Conduct to specifically include black hair for the first time in my final year of high school. In South Africa, a decade and a half into Democracy schools were only just starting to make allowances for hair that naturally occurs in over 80% of the national population? Black hair isn’t political, its been politicised. You have to ask yourself what message you’re sending to a people when you call something that naturally grows out of their head as God intended “unprofessional”,”unruly” and “in violation of the code of conduct”. What are you saying with the ‘throwaway’ comment that the schools have gotten “too black” when the demographics dare slip towards a more accurate representation of the country. What are you safeguarding?

Education was the way out. Assimilation was the way through. I just called it survival. They were letting us in but not allowing us to bring our blackness with us. It took years to understand that. That feeling of trespassing that they made me associate with being myself. “No, we can’t have a praise singer at prize giving” they said, when my mom made the mistake of asking for permission. So I snuck some Sesotho into my valedictory speech (I had to submit my speech beforehand because my predecessor had been an establishment-shunning firecracker and erm, omitted that part). I directed it specifically to my mother and I’ve never heard so many black parents in the crowd respond before then. My small act of rebellion had heartened them. We are here but we can still be ourselves is what they heard.

You see, the unexpected outcome of our education is that we were actually learning. We started using what we’d learned, appreciating the significance of symbolism, art, context, subtext, philosophy, literature, mathematics, economics, science, history and politics. We were starting to see more clearly, gaining the language to ask the right questions and knowing enough to know that the answers we were getting weren’t adding up. It meant that if you wanted to keep us subdued you’d have to get smarter. We saw the real predicament our people were in, the rigged meritocracy, the systematic oppression, the new chosen battlefield for our nation’s soul. I don’t believe the sudden push for symbolic name changes was coincidental. JHB International became O. R Tambo International Airport. We were starting to ask ourselves why Jan Smuts, Hendrick Verword, and PW Botha (look them up) were prominent roads, high schools and intersections. They called it “erasing history”, “costly” and “unnecessary”. As if this respectful immortalisation didn’t re-contextualise them as honoured statesmen instead of the purveyors of some of the worst human rights violations in living memory. As in, there are still mothers alive today who don’t know where (or if) their children are buried because of them who were having to drive down DF Malan Drive like it was nothing. Much like education, Symbolism is not be overlooked, ignored or underestimated.

What are we doing to address the systematic pillars upholding the past? (we asked). The very same structures were created to keep us out even if they were forced (on occasion) to let some of us in? We noticed that the demographics of power and economic freedom have barely shifted. Our parents are paying a fortune to buy our freedom through education and higher learning was the endgame. We would learn that higher education requires more than brains, hard work and “getting in” (multilingualism and assimilation notwithstanding). And should you make it to ‘the finish line’ soul intact: money, computer literacy and socialisation will still try to keep you out. We’ve arrived at our generational mandate and #RhodesMustFall.

In the middle of my varsity career a dude(or dudette) threw some shit on a statue and literally changed the face of (and discourse at) public institutions of higher learning in South Africa. I won’t attribute too much revolutionary clout to the act itself as this would belie some kind of clairvoyance (of which I’m sure there was very little). What did happen is that I started doing some internal rewiring, connecting dots and dusting off pages of history that had previously earned a cursory glance. I don’t pretend to have known the things I learned during the disruption and conversation that was #RhodesMustFall. It was a veritable gold rush! We were muddying the water and being rewarded with nuggets of wisdom (solid gold) and I for one, was enriched.

Nothing brings me more joy than finding language that succinctly describes something I’ve been struggling to articulate. It was learning and unlearning and one of the most educational experiences of my life. What is oppression, what was colonisation and what does it mean to me now? What was the human cost and why do we never hear about it? Why does history forgive some mass murderers and not others (short answer: the skin colour of the murderees goes a long way). I wrote a lot of explanatory and metaphor-heavy essays during that time in which I got to explore, unpack and disseminate the new and ancient ideas that were coming to my (full) attention. This was of course when I still thought that the disconnect was misunderstanding and nothing more sinister (My default setting is to eliminate misunderstanding at all costs). Also, I was learning that the burden of proof was on the oppressed. That we must learn their language and rules in order to convince them that we are right. That is to say Labour. Labour under the delusion that they were willing learn anything even remotely uncomfortable (because their comfort has been our collective default setting for literal generations). As if learning shouldn’t be voluntary, active and mandatory. 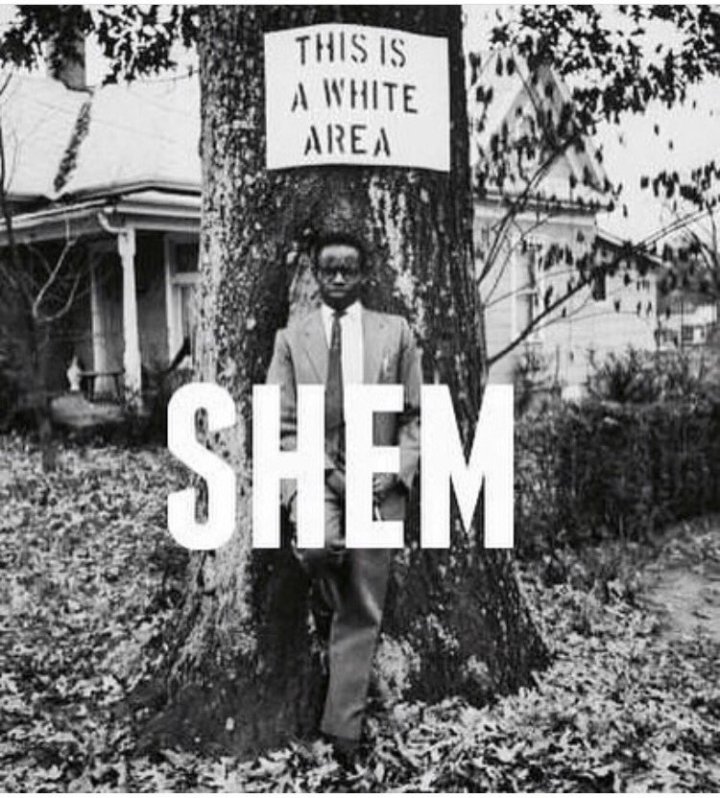 It was also a time of collective decoding. The dog whistle politics, the many creative ways we had been told “you’re cool for a black kid” that ‘compliment’ we endured and recognised as something else. How we were perpetually praised for our ability to mimic whiteness and what we were born with, from our lips to the languages that escaped them was habitually and routinely discouraged. We were naming experiences that were at the time vague and unsettling discomforts. We were having ourselves a truth and reconciliation*. I heard one friend describe how his group of high school friends told him to his face that they would never go for this girl (who was his ex). Not because of the Bro-code but “because she’s been with you” [a black man]. This is why we have rallying cries like #BlackGirlMagic; after a steady diet in our inferiority, it’s necessary.

If you ever needed definitive proof that history is written by the victors, I urge you to think about that statue. It’s misleading that the enduring legacy of Cecil John Rhodes is one of the most prestigious scholarships on the continent (which, all things considered, I genuinely believe may fly in the face of what the man himself stood for) and the additional role of benevolent benefactor of land. Land he so graciously donated for the greater good of mankind. People jumped to his defense. I was floored. “Then get off his land monkeys!” they said, in reference to UCT occupying the land in question. In reality his legacy is dominated by pillage, destruction, the silent (read: ignored) mass murder (read: genocide) of the millions of black lives, whose mass graves are still being discovered all over his generously donated murderously acquired land, to this day. The fact that this man gets to walk away legacy intact, complete with the title of philanthropist, tells you all you need to know about history’s reverence for black lives. I learned that people are selective listeners and even more selective historians. History has caught us slipping.

#FeesMustFall was a natural progression from there:
The children whose trajectories we’d theorised about in the great anthropological experiment that is the rainbow nation have grown up. Not only have they reached definitive conclusions to the original hypotheses, they have acquired the academic language to articulate their experiences and because the answers aren’t desirable, you simply don’t want to hear them.

Whenever you think out past is completely behind us, ask yourself why people came to the defense of that statue. (Editors note : ask yourself why Cape Town is still voted the leading city to visit in Africa while advocating for a literal military occupation of one of its poorest neighbourhoods, the Cape Flats, all while omitting the death toll of the actual Africans who live there. In, and I can’t stress this enough, 2019).

Flowers grow from scorched earth all the time and see no need to worship the fire that sought to consume the earth. The flower was not birthed by the fire, it grew in spite of it. Rhodes is #NotMyHero, let history judge him.

I believe our generational mandate is also freedom. To Dismantle the last vestiges of a system on its last legs. Ours will be economic and psychological freedom. We can walk and talk and vote uninhibited but we want to be able to own, think and be. Free higher education in our lifetime. It’s an intergenerational relay and I am glad that I am alive for such a time as this. Let’s run the race to the finish line and make them proud.

“My blood will nourish the tree that will bear the fruits of freedom. Tell my people that I love them. They must continue the fight.” – Solomon Mahlangu